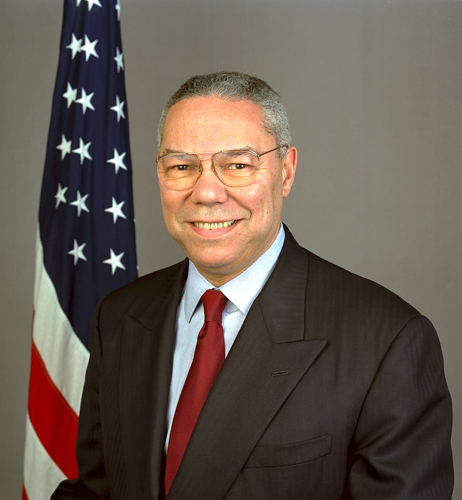 Colin Luther Powell is an American statesman and a retired four-star general in the United States Army. He was the 65th United States Secretary of State, serving under U.S. President George W. Bush from 2001 to 2005, the first African American to serve in that position. During his military career, Powell also served as National Security Advisor (1987–1989), as Commander of the U.S. Army Forces Command (1989) and as Chairman of the Joint Chiefs of Staff (1989–1993), holding the latter position during the Persian Gulf War. Born in Harlem as the son of Jamaican immigrants, Powell was the first, and so far the only, African American to serve on the Joint Chiefs of Staff, and the first of two consecutive black office-holders to serve as U.S. Secretary of State.